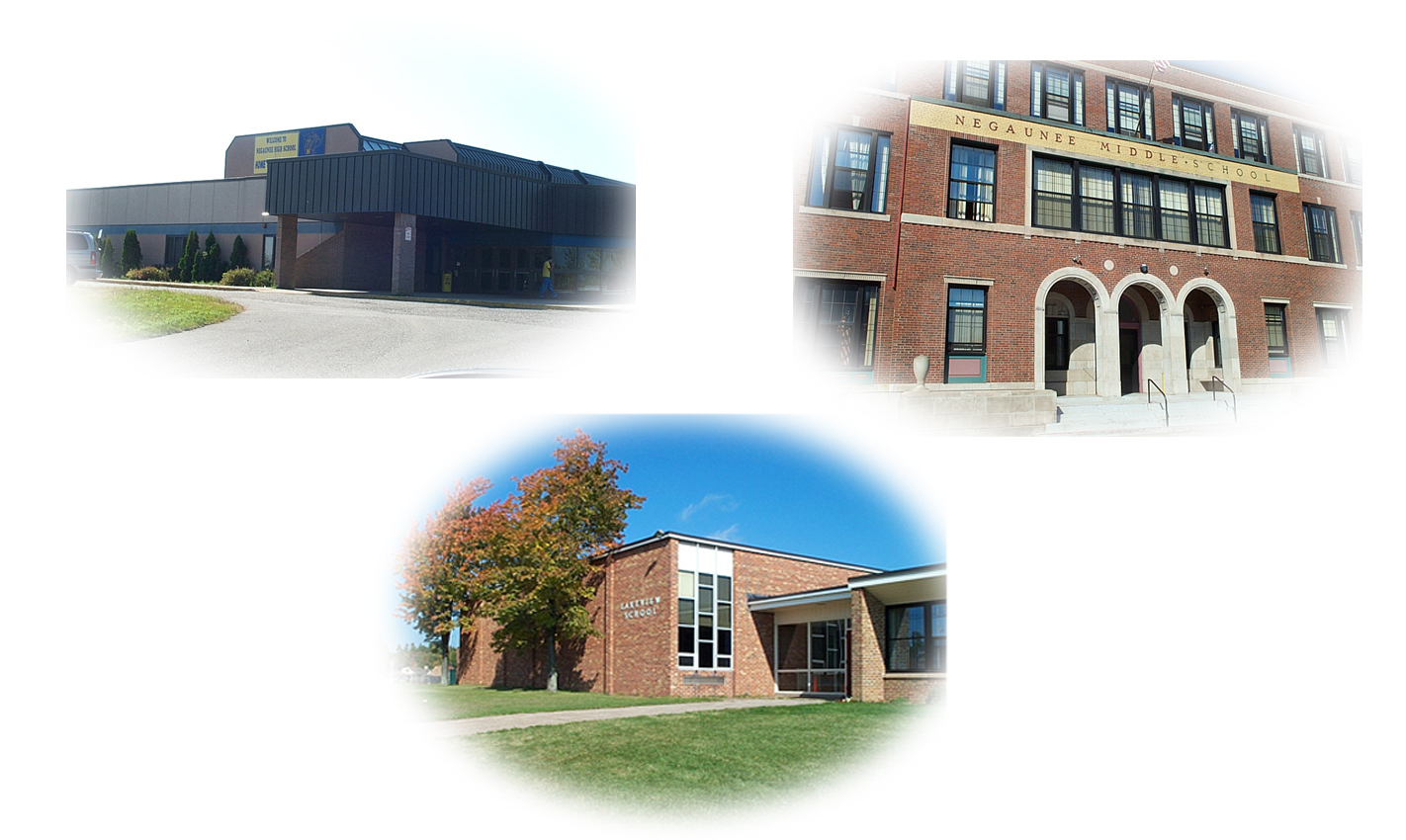 Approximately 1500 students are housed in our three school buildings. Negaunee High School moved into the renovated former Mather B Mine facilities in 1986. Negaunee Middle School was constructed in 1936 and renovated from 1990-95. Lakeview Elementary School was built in 4 stages:  1951, 1961, 1982 and 2007. Renovations to the Middle School (gymnasium) and High School (auditorium)  began during the 2008-09 school year and were completed in December 2010.

🌟We wanted to make one final post regarding our $10k Giveaway, and that is to extend a HUGE thank you to all that made it a success! Not only were we able to give $10,000 away, we were also able to raise over $7,500 to put right back in to Negaunee High School Athletics! We live in such an awesome community that rallied together, one $10 donation at a time, to make this fundraiser the success that it was! Because of your generosity, we’re looking forward to bringing the raffle back again next year!

🌟Special thanks to all the student-athletes and volunteers that sold tickets as well as Negaunee Elks Lodge #1116, Smarty's Saloon/Scott Soeltner and everyone that purchased a ticket! Once again, thank you for your continued support!💛💙 ... See MoreSee Less

We are less than three weeks away from one of our favorite events of the year! Veteran's Appreciation Night will take place on Wednesday, February 12, prior to the start of the Negaunee vs. Westwood boys basketball game. Our first year was a great success, and we hope even more veterans participate in this year's ceremony. All veterans, both past and current, are encouraged to attend. For more information, please call 475-4156. ... See MoreSee Less

Negaunee Public Schools would like to thank businesses who have already showed interest in being sponsors of our newly formed NPS Hall of Fame. Currently the Hall of Fame sponsors are:

The amount of nominations submitted for the inaugural group of inductees has been a pleasant surprise. We hope to receive even more in the near future. This is an exciting time for our school district! ... See MoreSee Less

2000 State Champs to be Honored

On Friday, February 7th, prior to the start of the boys basketball game vs. Gwinn, Negaunee Public Schools will be honoring our 2000 State Basketball Champions. It is hard to believe 20 years has already passed. All players will be present, along with most coaches, managers and cheerleaders. We are excited to recognize these former athletes and catch up on what they are doing today! ... See MoreSee Less